The Las Vegas Design Center (LVDC) had a goal – they wanted to figure out how they can improve with assisting designers with their projects and increase foot traffic. In the past, designers have had to go all over the valley to complete a project, viewing sample after sample. That takes a lot of time, and the Las Vegas Design Center set out to create a solution. Wouldn’t it be nice to have all resources together in one room? 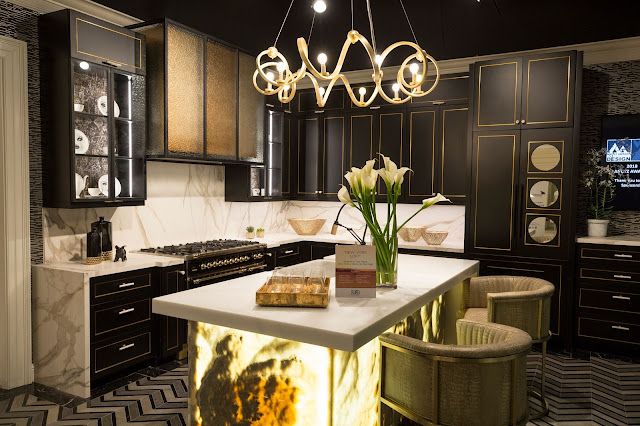 IDS members and designers Cary Vogel and Lance Robins, from Interiors by Cary Vogel, were part of the solution. They created a kitchen that is magnificent – a space that will spark imagination and inspiration for thousands of designers who will visit the LVDC. One look at these pictures and you will soon realize that it is not just your typical kitchen. 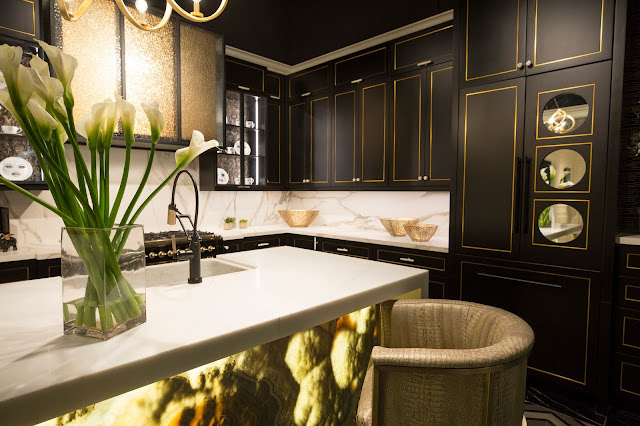 The kitchen took about seven or eight months to build. All products and labor were donated. Walker Zanger was the first to sign on with their donation of flooring. Then came European Bath, Kitchen, Tile, and Stone who donated the sink and all hardware, Monark who donated the range, refrigerator, and dishwasher, Infinite Trend who donated the cabinetry, and more. It’s amazing what can be created when a group of industry professionals work together towards a common goal. 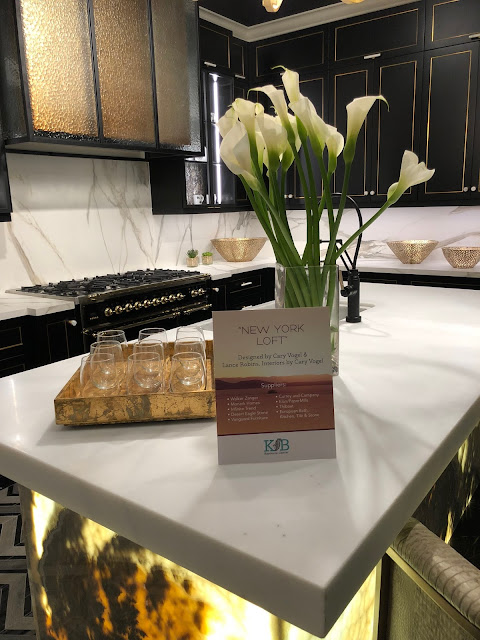 Cary is from New York, so he wanted this kitchen to express an urban environment – a space that would scream “cosmopolitan” as soon as a person stepped foot in it. We’ve all seen a white kitchen – Cary Vogel Interiors wanted to do something out of the box. Cary says, “You can use black and still have it look happy! It’s important to think long term with kitchens. Understand the trend, but don’t copy the trend, because it will outdate itself.” Cary and Lance love classic design elements. In this kitchen, that would include porcelain slab countertops and backsplash, gold brass inlays, and white marble handles on cabinet doors. 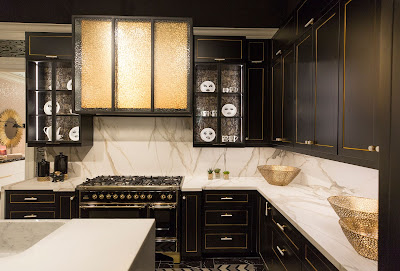 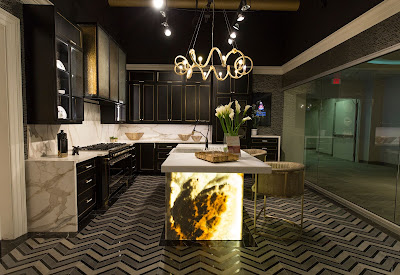 Cary and Lance have been very humbled by the response from those who have seen the kitchen. They say it has been universally positive, and we can see why! Their hope is that every person to visit the kitchen will see something that resonates with them, whether they have a more contemporary or traditional style. The kitchen will be on display for at least two years. 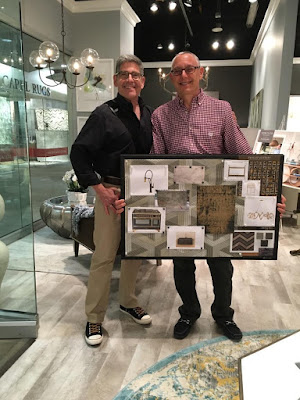 With the establishment of the first four kitchen and bath displays, the Las Vegas Design Center is closer to reaching their goal of becoming the “Southwest’s premier home furnishings and design resource.” We’re thrilled that Interiors by Cary Vogel is a contributor to this massive project that will change the way designers in Las Vegas and around the world do their work.

The Las Vegas Design Center showrooms are open year round, Monday – Friday from 10:00 am to 5:00 pm. For more details on the LVDC, you can visit this website: https://www.lasvegasmarket.com/year-round/lvdc. 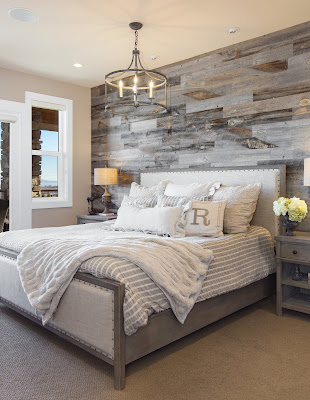